The CNY Humanities Corridor working group “Genealogy in the Humanities” is hosting an author-meets-readers seminar with Bernard E. Harcourt (Isidor and Seville Sulzbacher Professor of Law and Professor of Political Science, Columbia University) on the topic of his newest book, Critique and Praxis: A Critical Philosophy of Illusions, Values, and Actions. The seminars are open to faculty and students interested in the history and future of genealogy as a method of inquiry, a philosophical tradition, and a tactic of critique.

Register in advance for this meeting:
https://cornell.zoom.us/meeting/register/tJIrde6urTMoGdXrjCBJQl9S8EtM9HJjnaU2

A Zoom Conversation with Bernard E. Harcourt, Columbia University. “Towards a Critical Praxis of Equality and Justice: From Foucault’s Discipline and Punishment to Harcourt’s Critique and Praxis”, discussing how Foucault’s Discipline & Punish informs points made about equality and justice in his latest book, Critique & Praxis. Part of the “Pressing Matters” Lecture Series. Zoom Registration is required for this event. Registration deadline April 14.  Please click here to register. 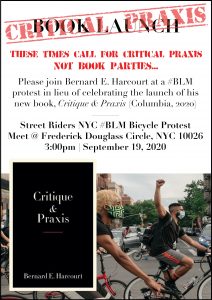 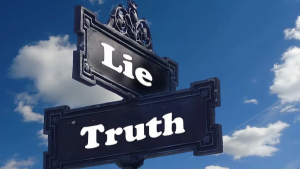 Illusions and Ignorance: A Critique

Do we live in a post-truth era or have we always thrived on ignorance and illusions?

Join Professors Renata Salecl and Bernard E. Harcourt for a conversation on the important role of belief and denial in contemporary Western society.

Please register for the event here.
This event will be held online. 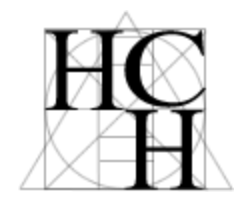 New Books in the Arts & Sciences

Karuna Mantena is Professor of Political Science at Columbia University. She is the author of Alibis of Empire: Henry Maine and the Ends of Liberal Imperialism, among other published works. She is currently working on a book tentatively titled “Gandhi’s Realism: Means and Ends in Politics.”

Michael Taussig is Class of 1933 Professor of Anthropology at Columbia University. He is the author of Palma Africana, The Corn Wolf, and What Color is the Sacred? among other published works.

Lydia Liu is Wun Tsun Tam Professor in the Humanities at Columbia University and Director of Columbia University’s Institute for Comparative Literature and Society. Her published works include The Freudian Robot: Digital Media and the Future of the Unconscious, and The Clash of Empires: The Invention of China in Modern World Making. Most recently, she has collaborated with Wan Shiguo on publishing Natural Justice & Equity, the first annotated edition of the complete sets of Tianyi and Hengbao.

Karl Marx famously argued that philosophers had only interpreted the world, but that the point was to change it. Indebted to Marx and his critique of an ideal vita contemplativa, critical theory has always challenged the division between theory and practice. But has it lived up to its own demands? Bernard Harcourt is skeptical. In his recent book, Critique and Practice: A Critical Philosophy of Illusions, Values, and Action (Columbia University Press, 2020), he challenges us to move beyond the contemplative detours of critical theory. In this conversation we will discuss Harcourt’s turn to political action and the ways it can form a response to the intricate problems of violence and illusion. And we will explore the vision he charts when, in a personal move that testifies to his own activism and social-justice litigation, he turns the Marxian question, “What is to be done?” back onto ourselves and asks, “What more am I to do?”